No shave November is something that has really taken off. Men commit to growing their facial hair in order to evoke conversation and raise cancer awareness. We are going to piggy bag that idea but our dedication is going to be more focused on something which will have a huge impact on your everyday lives. We will be taking part in No Complaint November. If you are interested in taking part, your first step is to understand our “cause”.

Made popular by Ben Bergeron and his unbreakable threefold policy

“Staying positive is difficult for humans, because our DNA is hardwired to hold on to negative experiences over positive ones, for sheer survival. Way back when our species was in survival mode, it was far more important to know and remember that the big furry animal with claws and teeth would kill you than it was to know and remember that the butterfly was pretty. We developed a survival instinct that is ingrained in a negative mindset.

Negativity, though, is immensely detrimental to performance. When you’re in a negative mindset, you’re slower and less precise. Positivity, by contrast, is directly linked to improved performance. It doesn’t matter what the task or profession is; you could be an athlete, a surgeon, a professional typist or a classical violinist. If you stay positive, you perform with greater speed and accuracy.

This is easier said than done. Not only is negativity hardwired into our DNA, it’s become ingrained in our culture: almost two thirds of English words convey the negative side of things. Positivity, therefore, must be a learned behavior. Some people are privileged to be raised with an optimistic worldview, but for just as many, it’s an attitude they consciously chose to have. We have to work at it. Every. Single. Day.

A lot of people will deny that they aren’t complaining. “I’m just stating a fact,” they say. “It’s just reality.” But focusing on and verbalizing negative feelings or circumstances like
“It’s so hot out”
“I’m tired”
“This traffic sucks”
“My boss is such an idiot”
“I hate the bike”
“Wall balls again?!”
brings greater focus to things that are ultimately outside of your control and are potentially detrimental to your performance.”

Putting that white bracelet on represents your commitment to changing a negative habit into a positive one. It doesn’t matter what wrist your start with it on, but your goal is to keep it on that side for 14 days during the month of November. If you voice a negative thought in any way, you must move your bracelet to the other side and start over. Commitment to change will help reshape your thinking and hopefully prevent negative thoughts from effecting your everyday lives.

Day one is November 1st. 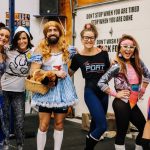 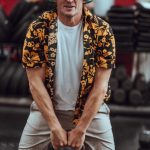